Years ago, when my children were young, I was a regular subscriber to Family Fun magazine.  We tried many of their recipes and crafts.  This recipe for gingerbread letter cookies has become a tradition in our family.  We always make them the week before school starts, which, in New York is the first week of September.  This recipe makes A LOT of cookies, and we like to share our letter cookies with some of our young friends who are starting school and other young friends and cousins.  This year we had some cousins stop in for lunch on their way through town on Labor Day.  Their timing was perfect for helping us with these cookies. 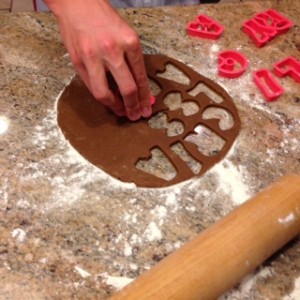 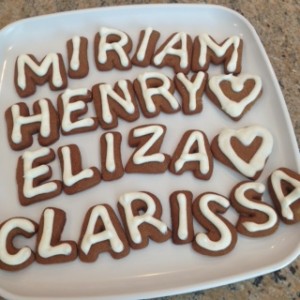 From the time I was very young, just 6 weeks old it turns out, I spent nearly every day with my grandmother while my mother worked and my dad went to medical school, and then residency, and …. well, you get the idea.  Her love language was definitely service: cooking, reading stories, sewing little, and big, projects.

She had a fryer which sat next to her stove, and I remember home-made french fries with home preserved spicy ketchup, lots of preserved things.  She also made scones, not the English variety, but essentially fried dough which I was allowed to shake in a brown paper bag containing either powdered sugar, or granulated sugar with cinnamon.  She made delicious triticale bread which we ate with a smear of honey and a slice of Tillamook cheddar cheese.  This is a Grandma sandwich.  She also made very straight bread sticks, not wobbly at all.

And then there were cookies.  I remember baking peanut butter cookies with her once.  When I bake, I use a scale to measure ingredients, whenever possible.  She was more of a pinch-and-jigger cook, just estimating quantities, based on literally decades of experience.    The recipe was in her handwriting on a scrap of paper; I had no idea, or thought really, of where it originated.  Now that is confidence!

There were also chocolate chip cookies, a drop cookie with browned butter frosting, but mostly I associate snickerdoodles with my grandmother.  I don’t bake snicker doodles all that often, chocolate chip being the standard here, but whenever I see one, I think of her.  Recently I heard a story on NPR about shared cooking space for start-ups and a baker mentioned a browned butter snicker doodle, I immediately sat down at my computer and began a search.  After a little testing, I worked out the recipe I like and I share it here: 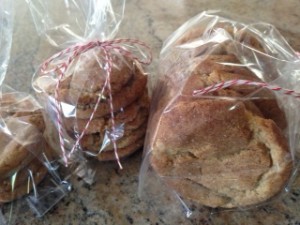 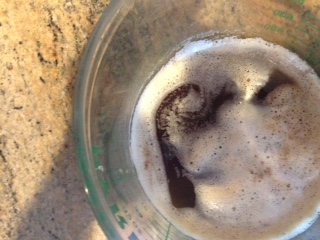 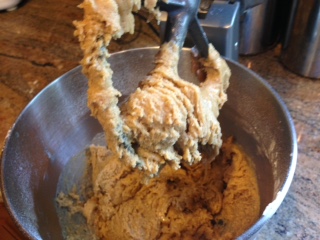 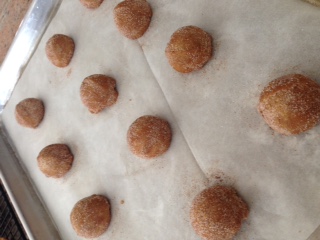 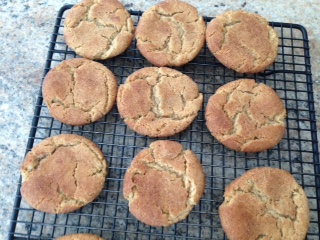